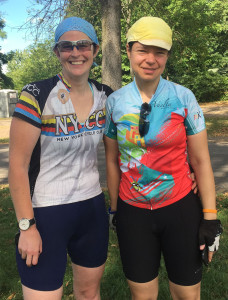 When Gwynna Smith and Erica Jacobs, both of New York City, were approached by The Rev. Angela Cipolla, of Trinity, Woodbridge to join the Battle Against Hunger Bike Ride, both were excited to be a part of the event. Avid cyclists, Smith, the daughter of an Episcopal priest in the Diocese of Newark, was especially drawn to the event because of her commitment to social justice issues. Though ultimately unable to participate in the full 200 mile ride the two traveled by train from New York City to Trenton.

After arriving in Trenton, they rode 11 miles on their bikes to Washington Crossing Historic Park in PA, to join cyclists for the 1-day, 63-mile tour. They hope to participate in next year’s event, saying “The bike ride was a wonderful side benefit and a great chance to get to meet the other people involved in this important work. We look forward to joining again next year, and hope many more people will come out with us.” 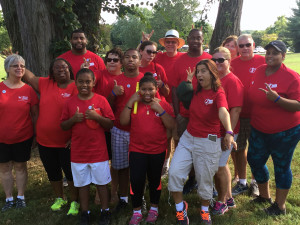 Smith and Jacobs joined over 140 participants in the fight against hunger across New Jersey. Twenty cyclists started the 200 mile ride in Gettysburg, PA for a two day ride with 26 riding the 63 mile portion and another 6 catching up for the last 35 miles. Fifty-four walkers and cyclists joined for a fun-walk/ride. All of these folks were supported by a 34-person Support and Gear team who staffed rest stops, registered one-day participants and patrolled the routes of each ride.

Arriving cyclists were greeted by cheering Boy Scouts from Hopewell Troop 71, youth of the Diocese of New Jersey, and many other supporters from throughout the diocese, and other supporting organizations. A cookout catered by the Trenton Rescue Mission followed the arrival of the cyclists. 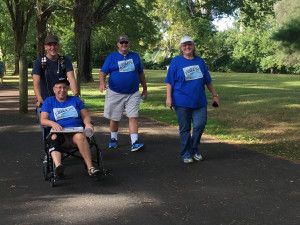 The ride was founded by St. Matthew’s, Pennington parishioner Chuck Inman who “became aware of the daunting task that too many of New Jersey’s residents face in providing basic food for themselves and their families.” The unique spirit of close community amongst the participants that characterizes this event and is Chuck’s special legacy was evident throughout every aspect of the weekend. 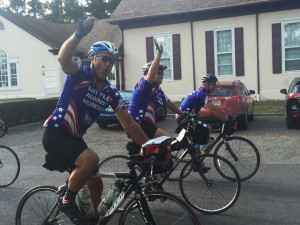 All of the funds raised in the ride go directly to fight hunger and hunger related causes. The Battle Against Hunger website has a full list of the organizations to which funds are sent. Though Chuck passed away in 2014, his son, Charlie, continues to ride each year. Charlie’s wife Katie and their children, Sydney and Andrew, as well as Chuck’s widow, Pam; all participate on the Support and Gear team for the 200-mile ride, supports him.

Special thanks go out to the Trenton Rescue Mission, the Trenton Area Soup Kitchen, the people of St. Matthew’s, Pennington, Canon Clara Gregory and the Jubilee, Youth, and ECW Ministries of the Diocese of New Jersey, Rich Armington of Hopewell Presbyterian Church who was the overall ride coordinator, Canon Phyllis Jones the “on the road” support coordinator, and all of the riders and their supporters. 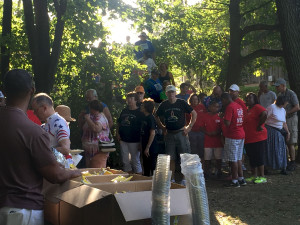 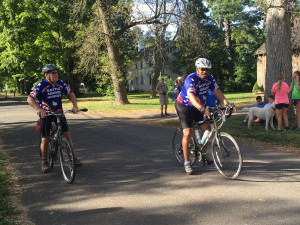 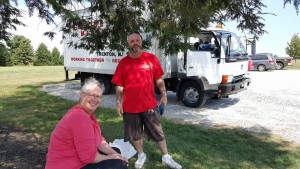