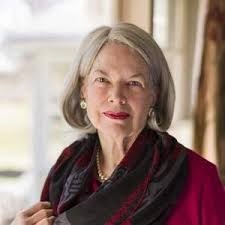 Fleming Rutledge, having spent twenty-two years in parish ministry, now has an international preaching and teaching vocation. Her most recent book, God Spoke to Abraham: Preaching from the Old Testament (Eerdmans), has received praise from many leading Old Testament scholars as well as preachers.  Her previous books have met with wide acclaim across denominational lines and national borders. She is also author of The Battle for Middle-earth: Tolkien’s Divine Design in The Lord of the Rings (also Eerdmans), which has a fan base in Europe as well as the US. She received a grant from the Louisville Institute to write a book-length treatment of the contemporary meaning of the Crucifixion. Having divided this 800-page work into two volumes, she is presently on her way to submitting the first volume to Eerdmans for editing within the next six months.

Mrs. Rutledge served as interim rector of St. John’s, Salisbury, Connecticut (1996-7), and has twice been a resident Fellow at the Center of Theological Inquiry in Princeton. During the 2008 fall term, she was resident at Wycliffe College in the University of Toronto School of Theology, where she taught preaching. Most recently, she was a Visiting Scholar at the American Academy in Rome (April 2010).

Mrs. Rutledge is widely recognized in the United States, in Canada, and in the UK not only as a preacher and lecturer, but also as one who teaches other preachers. Her particular expertise is the intersection of Biblical theology with contemporary culture, current events and politics, literature, music and art. She has often beeninvited to preach in prominent pulpits such as the Washington National Cathedral, the Duke University Chapel, Trinity Church in Boston, and the Harvard Memorial Chapel.

For fourteen years Mrs. Rutledge was assistant and then Senior Associate at Grace Church in New York City, a parish celebrated at that time for its youthful congregation and evangelistic preaching. She was actively involved in the renewal there. Her previous position was at Christ’s Church, Rye, New York, where she was known for her creation and leadership of an extensive Christian program for high-school youth.

Fleming and her husband, Reginald E. (Dick) Rutledge, celebrated their 50th anniversary in 2009. They have two grown daughters and two grandchildren.